Generation Z is the newest wave of American adults. The Pew Research Center considers anyone born after 1996 to be part of Gen Z, and they already make up a significant portion of the U.S. population. They’re known for being individualistic, advocating for change, and doing things unconventionally — including romance. 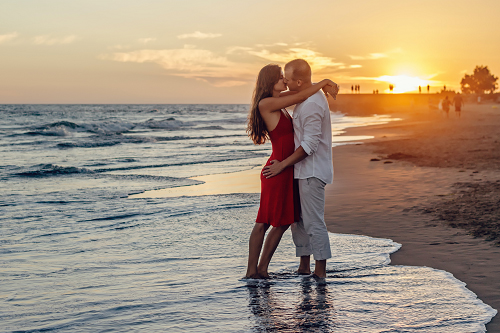 Born into a world with rapidly evolving technology, Gen Z is made up of digital natives. They are essentially “fluent” in technology, can navigate online spaces with ease, and rely on technology for work, play, and everything in between. It should come as no surprise, then, that members of Gen Z also use technology to find romantic partners.

However, Gen Z appears to be looking for a different kind of digital dating experience, one that’s video-based. Between Snack, Feels, and Lolly, there are now many TikTok-esque dating apps that cater specifically to Gen Z. What’s more, only one in 10 Gen Zers are interested in a committed relationship, suggesting that they largely use dating apps and sites to meet people or have casual romantic encounters.

Some members of Gen Z use technology to facilitate entirely digital relationships. Recent research from Google found that 51% of Gen Zers believe virtual dating is important, while 65% claim that dating sites allow them to date people regardless of their physical location. Of course, because Gen Z is still so young, it’s unclear exactly how these virtual relationships will play out in the long term.

Members of Gen Z have also taken to challenging gender roles in their romantic relationships. Half of surveyed Gen Zers believe that traditional gender roles are outdated. Combined with their progressive social conscience, this likely results in minor differences in Gen Z’s relationships — such as who pays for dates — as well as larger ones — such as a nontraditional wedding.

In addition, almost 16% of Gen Zers identify as LGBT, or lesbian, gay, bisexual, or transgender. The LGBT community has a long history of forgoing gender norms and its youngest members are no exception. After all, if someone is with a partner of the same gender or identifies outside of the traditional gender binary themselves, there simply isn’t as much room to adhere to typical gender roles.

Younger generations are postponing marriage, tying the knot far later in life than their predecessors. Millennials have already increased the average age of first marriage to historic highs. Many members of Gen Z are still too young to get married, but this generation does appear to be on the same track.

They aren’t postponing marriage without reason. A study from The Knot found that most respondents aged 18 to 29 want to achieve financial independence before they get married. Other respondents want to build a successful career or purchase a home instead. Either way, it’s clear that members of Gen Z and younger millennials both want to establish some kind of financial stability before walking down the aisle.

Like over half of all millennials, some members of Gen Z may forgo marriage altogether. Researchers predict “steep declines in the probability of ever marrying” for those born between 1970 and 1997. They may not have included people born after 1997 in their analysis, but given ongoing trends, this decline could continue for Gen Z, too.

Weddings might look very different for the members of Gen Z who do choose to get married. The Knot 2019 Real Weddings Study discovered that many Gen Z respondents plan to start their own wedding traditions. Some hope to create completely new traditions, while others want to update or personalize existing ones. Because individualism is one of Gen Z’s core characteristics, there will almost certainly be an uptick in creative, unexpected, and unique wedding traditions.

Updating traditions isn’t the only thing Gen Zers plan to do differently when they walk down the aisle, however:

Tradition dictates that the bride’s parents pay for the wedding, but about one-third of Gen Zers plan to cover the cost of their wedding. Though this will require crafting a strict wedding budget, it does reflect Gen Z’s desire to be financially independent and secure.

These weddings will likely be smaller, more intimate, and less formal. It also means making swaps to ensure budgets go as far as possible, like getting rings made of tungsten instead of gold or getting married outside of the peak wedding season. Gen Zers may even prefer to put their funds toward a honeymoon since they, like millennials, place so much value on experiences and travel.

Gen Z is known for being politically and socially active, and their desire to do good extends to their wedding day. Per the 2019 survey from the Knot, about 60% of respondents want to include a charity registry in their wedding. This allows guests to donate to a cause the couple cares about instead of giving a traditional gift.

Some members of Gen Z may take additional steps to minimize the harm and maximize the social benefit of their weddings. They may find local vendors, consider a nearby venue instead of a destination wedding, or use decorations that are recyclable or otherwise made from environmentally-friendly materials. As more Gen Zers start to get married, they’ll come up with even more ways to do good with their weddings.

Though all this indicates a significant shift in modern romance, Gen Z is still young and these trends are still evolving and unfolding. As more members of this generation grow up, we will continue to see more changes in their love lives, as well as those of future generations.

About the Author: Megan Schultz

Before joining Tungsten Rings & Co., Megan Schultz fell in love with wedding planning at the age of fifteen when she was a candle lighter at her favorite aunts wedding. She began planning her own wedding shortly after the event. Unaware of whom her future groom would be Schultz planned the entire event down to every single detail including the wedding favors. Her love of weddings expanded professionally as she built her own successful wedding planning business in Del Mar, California. Schultz has worked with many clients all over the country including some famous celebrities. Read More